Here is an article from the Huffington Post on the Perils of Plein Air.
"The 19th century was the great age of plein-air landscape painting, when artists left their studios and took to the outdoors to capture not a romanticized vision of nature but the real thing. To help along the process, easels became more portable and paints were fit into small squeezable tubes. However, other technical problems were not so easily overcome, such as the wind that could blow dirt onto a canvas or the canvas off the easel. The glare of the sun, rain and snow, biting insects or worrisome wild animals, as well as interruptions caused by fellow humans, all add to making what should seem like a delightful experience -- drawing or painting in the fresh air -- into a battle of wills.

The struggle proved too much for East Dorset, Vermont painter Nancy Howe, a member of the Society of Animal Artists, who used to bring her art supplies outside but now only takes a camera to capture forms and a sketchbook to record color values. "I can't get comfortable outside, and I get too distracted," she said. "Even if I have bug stuff on me, I can still see flies buzzing around me. I can't work like that."

Perhaps, cameras should be included among the portable paint sets as an innovation of the landscape painting field, since so many wildlife and plein-air artists rely on their photographs to capture the out-of-doors back in their studios. For that matter, one may include guns and flatbed trucks as plein-air accouterments, since a number of artists use one or the other (sometimes, both) when they set out to paint. John Seerey-Lester of Osprey, Florida and Linda Tippetts of Augusta, Montana, both painters, bring revolvers along for protection -- he (primarily) from animals, since he is a wildlife artist, and she from people who might bother her. "I've been in places where I put my pistol on the easel," she said. "I've never had to use it, but I want people to see it's there." Another artist, Walt Gonske of Taos, New Mexico carries a mace gun, which he also has never actually used, but he has known human-caused danger. "Once, I had a beer can thrown at me from a car going 50 miles an hour," he said. "Thank God, it missed, because that would have really hurt." He added that other friends, also outdoor artists, "have been shot at."

Earlier in his career, Gonske, a member of the Plein-Air Painters of America, would hike up a mountain with his easel and paint set, requiring strength and stamina on a warm day and layers of clothing on a cold one. More recently, he paid to have a customized camper built onto a Ford truck, producing a moveable studio that he calls a "paintmobile." The Ford cab and chassis cost $24,000, while the six-foot wide, 11-foot long and seven-foot three-inch high custom box cost $11,000. Among the mobile studio's features are a 20" x 50" picture window through which he views nature and creates a landscape painting, two other smaller side windows, a skylight to let in natural light and white Formica walls off of which that light may bounce and maintain its brightness, a heater separate from the truck engine, air-conditioning, a sound system allowing him to listen to music while he works, built-in storage bins and an oak palette-easel unit that also contains a cabinet for storing art supplies. "I quickly got spoiled by it," he said. Its main drawback is the suspicious looks it receives from customs officials on both sides of the U.S.-Mexican border, since Gonske travels to Mexico once or twice a year to paint. "I get pulled over all the time," he said. "Other people in regular cars and trucks go right on through, but customs officials check me very carefully. I take catalogues and brochures about myself as a painter, and when they understand what I'm about they finally take their fingers off the triggers of the submachine guns."

Dangers of painting outdoors can be quite real. In 1996, painter Stephen Lyman hiked into Yosemite National Park and fell, dying of exposure, and wildlife artist Simon Combes was killed by a charging cape buffalo while walking in Kenya in late 2004. Framingham, Massachusetts painter Ben Aronson had a shotgun aimed at him by a farmer on whose land he had been trespassing ("I was in a field where there was nothing to steal, but I was clearly an oddity"). Certain precautions should be taken, such as asking permission before going on private property, not provoking animals ("I threw stones at an elephant to get good photographs of an angry elephant," said Bernardsville, New Jersey wildlife artist Guy Coheleach. "That was a stupid thing to do. I got a better sense of what a terrified artist looks like") or getting too close to them. Terry Isaacs, a wildlife artist in Salem, Oregon, stated that he always brings a telephoto lens when he takes pictures of animals to bring back to his studio, "and I always go hiking with a friend, so someone is watching my back." Ken Auster, a plein-air painter who lives in Laguna Beach, California, found that purchasing a tides book made sense after getting caught on a beach between two rocky points when the tide was coming in and there was no way to get out other than to swim -- he had to hold his easel, paint box and canvas above the water for six hours until the tide went back out.

With considerable experience of painting on beaches under his belt, Auster cautioned against using large canvases outdoors ("the wind blows them like a sail"), wearing flip-flops ("they kick sand up at the paintings as you walk") and not to try to pick off grains of sand that have been blown on the canvas by the wind: "Don't touch it," he said, "just wait 'till it dries and the sand will fall off on its own."

Artists are by nature problem-solvers, and those who do some or all of their artwork outdoors find that they need to come up with a variety of creative solutions to the difficulties they face. Attaching an umbrella onto an easel may block rain and sun, although a gust of wind once filled up Linda Tippetts' umbrella like a sail, carrying her easel into a ravine, and Santa Barbara pastel artist Glenna Hartmann has used her umbrella largely to scare away mules and horses ("the noise and action of flipping it open and closed a few times disconcerts them"). For his part, John Seerey-Lester has used a tent to shield him from the elements while painting, and it also blocks out nosy bystanders.

In a different realm, marine artist Stanley Meltzoff taught himself underwater photography and scuba diving in order to obtain images of the fish that he paints in his studio in Fair Haven, New Jersey, although he also built a refrigerator-sized fish tank to hold fish he caught, allowing him another chance to look at them for more details. Additionally, he freezes some larger fish, "hanging them from the ceiling of my studio. After a while, maybe three hours, they thaw and get mushy, losing their shape. Then I reshape them and put them in the freezer again, so I get to have another go at them, but you can only do that once or twice, because they get pretty beat up."

The travails of painting outdoors, while frequently discussed among plein-air artists, is never mentioned in histories of landscape paintings, nor have artists described these problems in their diaries or correspondence. One might imagine Claude Monet, standing outside and painting picture after picture of the same French haystacks, swatting himself for all the flies he undoubtedly attracted, but he apparently never brought up the subject in letters. Vincent van Gogh complained about everything under the sun in a constant flow of letters to his brother, but mosquitoes never entered in. Ben Aronson, on the other hand, recalled at length his experience being crop-dusted while painting in a wheat field ("the painting was destroyed, needless to say"), the day after being chased out of a different field by a bull and the day before setting up his easel on a red ant hill ("I did quite a dance when I saw what was coming up my leg").

Wildlife artist Al Agnew, who lives in St. Genevieve, Missouri, stated that "the longer you sit in one place, the longer you make yourself a target for ticks and chiggers." His solution is to wear long-sleeved shirts and long pants, regardless of the weather, duct taping his pants to his socks so that ticks can't climb up his legs. He also puts more duct tape "on the outside of my pants, with the adhesive side out, to catch the ticks, because if they can't get up your legs from the inside, they'll try to go up on the outside. It looks kind of stupid, but it acts as flypaper for ticks."

Perhaps winning the prize for oddest looking is Jamie Wyeth who kneels inside a four-foot high, seven-foot long three-sided wooden bait box when he goes outside to paint on Monhegan Island, Maine. (He puts a heater in during cold weather.) "My box is mainly for privacy," he said, noting that "I find it extremely bothersome when people talk to me while I'm painting. If I don't say anything to them when they ask a question, or if I tell them I don't like to talk while I'm working, then I feel terrible that I've been rude. Inside the box, people see that I clearly don't want to talk, and they eventually scurry away." 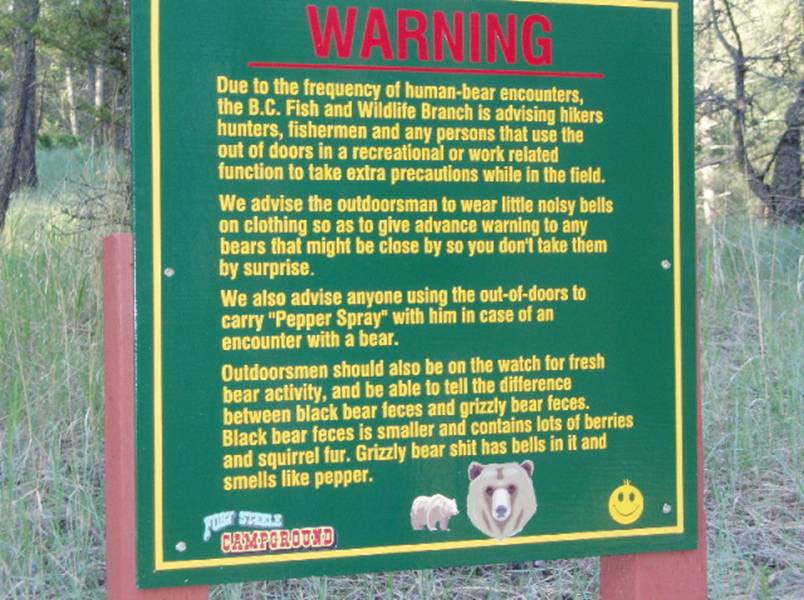 Replies to This Discussion

Permalink Reply by Dublin Sketchers on December 3, 2010 at 16:19
Yes :o) Watch out for the black!
http://www.youtube.com/watch?v=QRJxafiqHvw&feature=related
Tracy

Permalink Reply by Tony Robinson on December 3, 2010 at 23:12
Do you suppose 'Stanley.Meltzoff' could really be the name of a guy who defrosts his frozen fish to paint them once or twice before they 'get pretty beat up', and, well....'off' ?

It just sounds too good to be true, doesn't it?

This doesn't deserve to be on a thread called 'Are We Mad?' because it is some serious hardcore outdoor painting and very interesting from UK artist Kurt Jackson.

The link gives several videos including one, an extended interview with Jackson. Others show sketching while bouncing along in a Greenpeace dinghy, working on massive canvas laid on the ground, drawing while snorkelling and other adventures.

No skydiving (or gliding like Peter Lanyon) but just about everything else: http://www.kurtjackson.co.uk/Kurt-jackson-tv.htm